Latest Casino Bonuses is a massive gambling related resource, which provides its visitors with an excellent content and comprehensive information about latest news, bonuses, no deposit codes, tournaments, free games and so on. The website has a wide casino forum, and aggregates a huge variety of gambling sources, so there's always an opportunity to play a favorite game online. 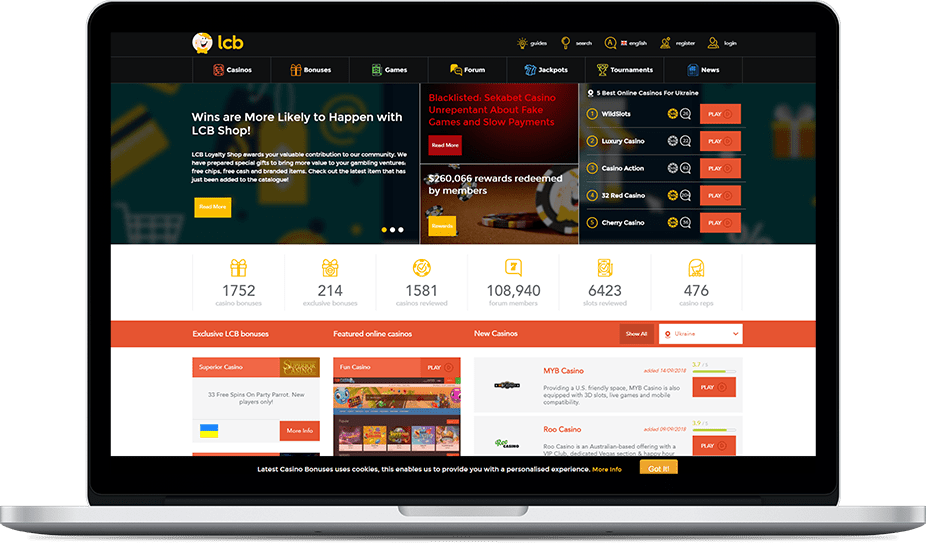 Latest Casino Bonuses is an independent directory and reviewer of online casinos, a casino forum, and guide to casino bonuses. Established in 2006, Latest Casino Bonuses has become an award-winning site, dedicated to delivering reviews on more than 1,000 online casinos, and over 3,500 casino bonuses, while providing access to more than 280 casino representatives on the forum, thousands of free games, and tournaments. It is also the largest online casino forum, with more than 80,000 registered members.

Not only did Latest Casino Bonuses success materialize in the form of expansion, but recognition as well. At 2013’s iGB Affiliate Awards, held in London, Latest Casino Bonuses scored the title of ‘Best Casino Affiliate’ site of the year. The awards serve as the UK’s most prestigious recognition platform for businesses in the online gaming affiliate industry. In previous years, the site had been shortlisted, but in February 2013, they reached a new milestone.

At the following year’s iGB Affiliate Awards, Latest Casino Bonuses being no stranger to the event at this point, scored wins in two separate categories. February 2014 marked yet another impressive feat for the team, as it won ‘Best Casino Affiliate’ for the second consecutive year in a row, with the addition of the prized, ‘Best Overall Affiliate’ title. Judges based these wins on the team’s dedication to the industry, overall depth of content on the site, and library of offers available to its members.

Just over a year after having reached 70,000 members, the site celebrated yet another achievement. In basically a year, the site had accumulated yet another 10,000 members, giving it a total of 80K by February 2016. It served as a major event for the Latest Casino Bonuses team and its followers, and each moment of the countdown to 80K was captured via a live feed, as each newly registered member was announced. When the eighty-thousandth member was finally announced, it’s safe to say, absolute chaos ensued, as the site celebrated.

The previous version of the site was around since 2006. Late in 2013, we started to work with customer’s support and design team on site refactoring and migration plan. The first collaborative efforts were concentrated on the new site design. Then static HTML/CSS slicing has started. This stage was performed both by our designer and the customer’s designer simultaneously, while maintaining close communications to produce the result of the same styling, look & feel and user experience. At the same time forum engines research phase has started. The goal was to choose the Ruby forum engine which would fit into the Latest Casino Bonuses structure in the best possible way and which would allow flexible customization of the interface to fit into the site workflow. Based on the produced slicing the forum implementation was produced, together with the administrative interface and the user security model.

The project is functioning in close integration with partner sites - Latest Bingo Bonuses, Latest Poker Bonuses and Latest Sports Bonuses, sharing with them the source feeds of data. Part of the new site implementation was to both import the data from the previous site implementation and to refactor the data feed itself.

The development of the core functionality for Latest Casino Bonuses started late in 2015. At about the same time we have installed the staging server on Amazon AWS EC2 and S3 instances. The beta version was deployed to production in August of 2016. At this time we created the necessary instances on Amazon AWS cloud and prepared the automated deployment process. Also we added up the tools and services to make sure the project availability is as close to 100% as possible, and also we integrated NewRelic monitoring solution to be able to monitor the project health in real-time and to get notifications about any critical events. Also, we continued the efforts on site optimization to achieve the best possible response and load times

Latest Casino Bonuses had an extensive legacy inherited from the previous version - the user audience, the forum topics/discussions, data feeds, user earnings/chips/etc. , which must have been migratеd to new version of the site. Latest Casino Bonuses was meant to be a highly available international service equally accessible and usable from both desktop and mobile devices. To achieve this the most recent versions of desktop browser must have been supported - Google Chrome, Mozilla Firefox, Safari, Microsoft Internet Explorer and Edge. Likewise for mobile the support of Chrome, Safari and Edge browsers was necessary.

In terms of security the implementation must have provided the strong protection at all levels :

To ensure availability as close as possible to 100% it was critical to choose the cloud hosting provider with reliable infrastructure, with presence of the data centers all over the world. Reliable backup and restore procedures were also a MUST to prevent the critical data loss. The content load time must be loading quickly and the load times should not differ greatly on various continents. 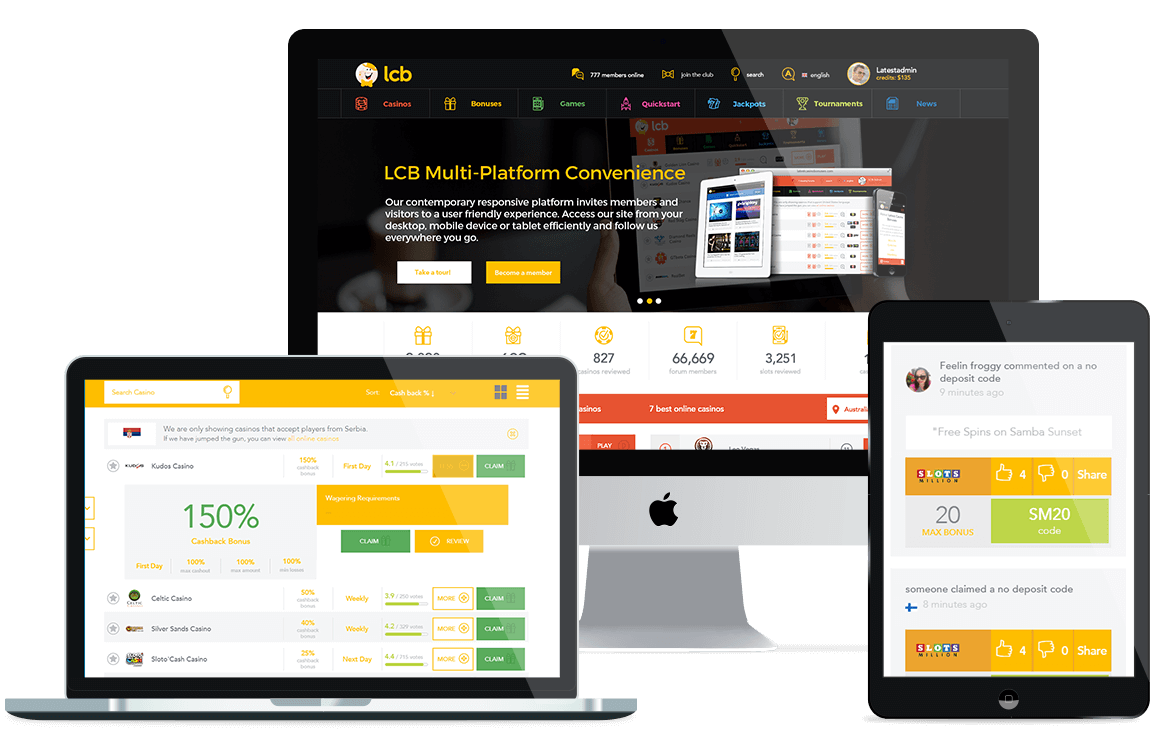 The approved designs are further sliced using SASS and SLIM languages. Usage of SASS and SLIM at the slicing stage allows quick integration of the designs to the project, no matter whether it is a newly designed subsystem or just a small change to the existing layout. Our slicers are making modifications right in the project sources, which streamlines the development process and eliminates the necessity of the additional phase to integrate the static slicing to the existing project. Also during the slicing stage, the front end JavaScript pieces are added. We have extensively used jQuery and jQuery UI to implement highly interactive and agile user interface for Latest Casino Bonuses. 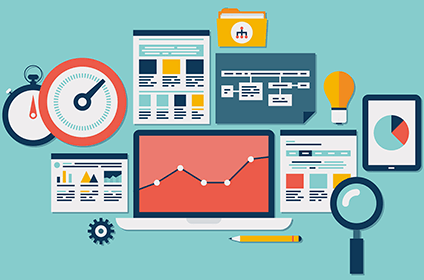 Front and back end Implementation

Static layouts were sliced to partials, CSS Styles and JavaScript files were integrated to the Ruby on Rails asset pipeline. The functional requirements which were gathered during the initial stage were further used to data models and for business logic implementation. Each feature was is made with GIT branch, the code cross-reviewed and then merged to the main branch for the QA phase. Also, the unit, functional and integration tests were provided. The admin interface was based on ActiveAdmin framework to give the admins and moderators ability to manage the project functioning at all levels and give them unparalleled view onto the inner working of the system.

Our infrastructure includes 3 types of the servers :

Development servers, where our developers and slicers initially interact to implement the functionality and make it ready for QA

Staging servers where QA is performed and where the functionality is being demonstrated to the customer. These servers are setup to match the configuration of the production servers.

Production servers are the servers where the live application is running, and where the changes become visible to the audience of the application 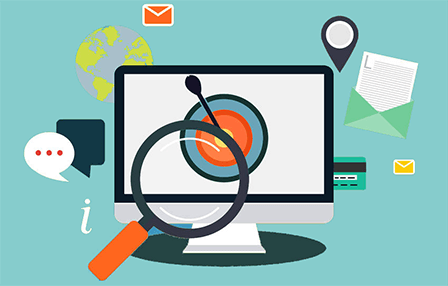 Our development process features usage of the automated tests, which are produced during the implementation phase. The automated tests are further used during the deployment to development, staging and production servers. Before the QA phase is starting the implementation is deployed to the staging server, where the main QA activities are performed. After QA activities are over and the customer approves the functionality on the staging server it is deployed to the production and tested there.

To ensure the project efficiency, stability and security Amazon AWS was chosen as a hosting provider to hold the live application. Our installation features EC2 instance used to run the application processes, S3 instance to store the assets and RDS to run the database. Our DevOps engineer makes the deployment process using Capistrano. The latter allows us to make the deployment procedure accessible with a single command. Once triggered Capistrano script performs all the necessary plumbing to shutdown/startup the application processes, to deploy to master/slave servers, to run the database migrations and more. 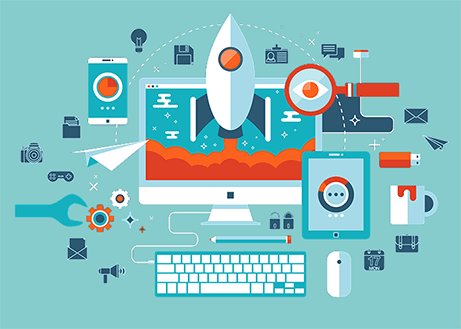 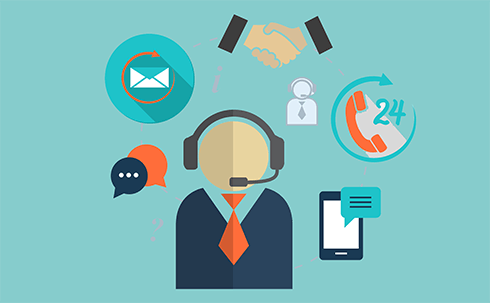 When the application is live on the production server our job is not finished. We continue to monitor the application health, look for the critical updates to make sure the application infrastructure is up to date. Also we receive the notifications about the critical system events and act upon them to make sure the system functions flawlessly. In addition we continuously overview the libraries and frameworks updates - this leads to the upgrades of the libraries within the project to keep the technology stack up to date. Of course we also keep an eye on the security bulletins to provide the system with best possible protection.

The backbone of the application is Ruby on Rails framework (of the version 4.1 at the time of writing).

As the HTTP server Apache is installed. Together with Enterprise Phusion Passenger it serves the user requests. As a backend storage we are using the MySQL 5 server, with InnoDB engine. The choice of MySQL allows us to use the full power of relational database storage engine and to keep the resources footprint to run a storage engine to minimum. To manage the asynchronous back end long running tasks we currently use sidekiq library. 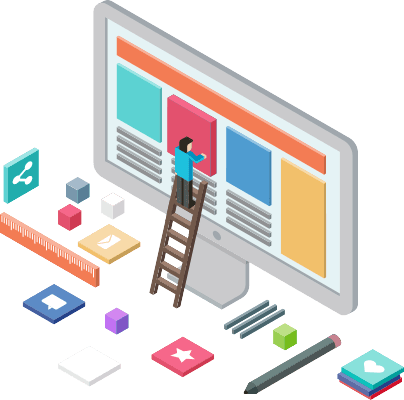 For the development of the front end we utilized jQuery, jQuery UI and jQuery plugins stack. As already mentioned the front end layout and interactions are done with SLIM, SASS and CoffeeScript to complement Ruby on Rails stack most efficiently.

As testing framework to implement the unit, functional and integration tests we use RSpec. For the initial test data generation we utilize FactoryGirl as well as Faker gem. To add more useful methods and assertions we added up Capybara and Shoulda gems. For service integration testing we utilize Webmock and VCR gems. Also for acceptance testing we use headless and selenium webdriver gems. Before the functions are going live we provide performance testing with SoapUI test automation framework. 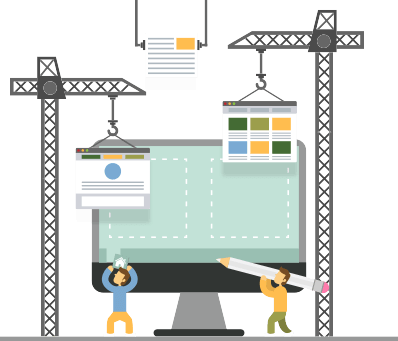 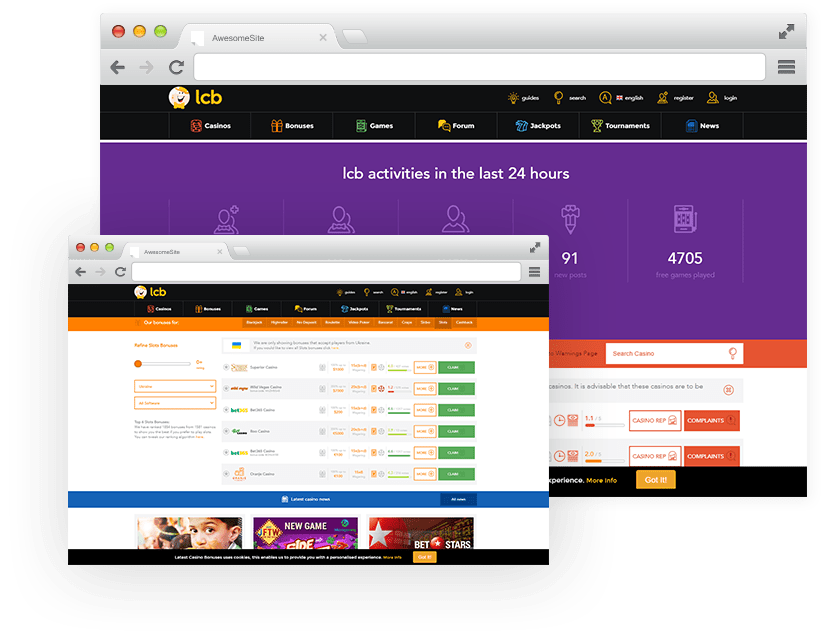 After we had received the project for work, our main task was to renovate the service and make it more accessible for visitors. Also, we aimed to improve the web-page as much as possible. The project was finished in 2016 but we decided to not stop our cooperation with the client as there was a need for high-quality support.

Now, we constantly work with the service to prevent any problems and update the service any time necessary. Also, we continue our work on the service security to guarantee the 24x7 protection not only for our clients but for their users as well. It is our job to provide the clients with a high-quality service and all-inclusive support.